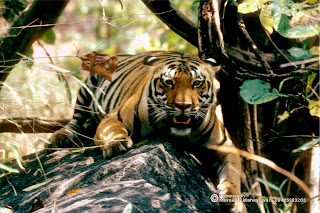 
Situated in the Indian state of Madhya Pradesh, Kanha National Park is one of the most beautiful and well managed of all national parks in India. It is well known not only within the tourists, natural history photographers and wildlife lovers but also to public at large. Tourist throng here to see the magnificent big cat Tiger and one of the rarest deer the Hard ground Barasingha (Swamp Deer) also known as the – Jewel of Kanha national park.

The park was created in 1955 by a special law and, since then, it has dedicated itself in preserving a variety of animal species. Many endangered species have indeed been saved here. Today Kanha is among the few most scenic and beautiful wildlife reserves in Asia. This 'Tiger Country' is the ideal home for both predator and prey. The romance of the Kanha National Park has not reduced over time – it is still as beautiful as described by Rudyard Kipling in his famous book – The Jungle Book.

Kanha's sal and bamboo forests and rolling grasslands, are by far the most striking features of this region where sighting Swamp deer, Sambhar, Chital, Gaur and other denizens of jungle is common. Just imagine, the feeling of seeing the king of the forests – Tiger, on an evening stroll or taking a nap under shade of tree or may be tigress teaching its cubs the nuances of jungle life. There is no comparison between seeing a Tiger in a Zoo or a Circus and here at its home, its natural habitat – forests. 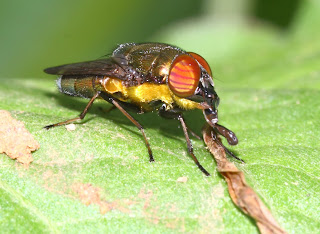 However, if one animal species were to represent Kanha, it would probably be the Hard ground Barasingha, or the swamp deer. The species of Barasinghas found at Kanha are unique, as they have adopted themselves to the plains of central India and populate the large open tracts of grass amidst the forests of teak and bamboo. Twenty years ago, the barasingha was faced with extinction but some desperate measures by the forest department saved them and today their population has raised from meager 66 to around 400.

The climate of this region is tropical. Summers are hot and dry with a maximum and minimum temperature of 42°C and 24°C. Winters are cold with an average maximum and minimum temperature of 24°C and 1°C, respectively. The annual average rainfall is 152 cm. The park is closed from July to mid October during monsoon. You can enjoy the forest in any season but if you are coming to see the king of the forest His Majesty the Tiger summers is certainly the best time.

Wildlife safaris are the biggest attraction for every visitor to Kanha. Tourists are allowed to visit and enjoy the serine environment of the forest and view wildlife in morning and evening safaris. Generally morning safaris are of longer hours and Tiger shows or tiger viewing from back of elephants is allowed in this period (depending on tiger sighting and permission of the forest department). Evening safaris are limited to jeep safaris only but is one of the best times to see tigers on evening stroll.

Kanha has a museum at the centre of the park which can enrich you with lots of knowledge about the wildlife and forests and life in a forest. A visit to the museum is highly recommended. Here the forest department also manages a cafeteria where you can enjoy some snacks along with tea or coffee. Normally Tiger show tickets are issued from here only so most of the vehicles rush to reach and book the tickets so at times you can see a scene of city well within the forest.

Evenings can be spent either for evening gypsy safaris, nature walk or other activities which can be planned with prior intimation. Forest department has developed a nature trail just outside the Khatia gate of the park which is worth a visit or if you want our naturalists are always ready to plan a bird watching and nature trail wherein we can go around the buffer area. If you want to make it different cultural village tour of any of the local tribal villages can be planned. We can also arrange a tribal dance and music program which can be enjoyed by all. And, if you are in a mood of relaxing and enjoying the natural surrounding around the resort with a book to read we have a library with books ranging from different subjects and you can soak yourself in them.

Check http://www.kanha.in/welcome.htm for details of our resort. 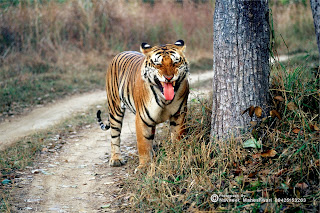